When my brother in law heard about this movie he felt like he had to watch this. For reference he is not a fan of horror movies, he watched a bunch until one freaked him out and has avoided a good deal of them sense. Everyone once in awhile he gets the itch for one (I think he does anyways) and this seemed like a good fit, his family has always been into musicals and I enjoy one occasionally as well. Now it is not the first time there has been a combination like this, sadly most people gloss over movies like this.

A camp director has decided to do a production of a knock off called “The Haunting of the Opera” for his summer kids to perform. Now this wouldn’t be a huge deal except for two kids who work in the camps kitchen mother had died after the last time someone did this play. The producer of that play is now the camp director. The whole things look to be a horrible idea and what makes the whole thing weirder is the desire for the daughter Camilla to try out for the play.

Needless to say there is a lot of killing and a lot of singing in this movie. The musical score had me and Luke laughing throughout the whole film. I personally had a good time with the songs and wish there were more films that took this risk. Let’s face it, there is not a huge market for musical horror and they really went with it. It was like if Disney decided to do a horror flick. The best line in one of the songs was to the effect of how this guy is gay but not that way… followed by a guy who was gay in that way or something like that. The best songs overall though go to the killer. Very Kiss-esque.

The actors who were a big focus in this movie were amazing. The mother Kylie was played by Minni Driver, Meat loaf was the Producer Roger McCall. There was a challenger for the lead role played by Melanie Leishman. The Two biggest stand outs for me were the siblings Camilla played by Allie MacDonald and Buddy played by Douglas Smith. I really had not paid attention to either of them but now I definitely will. I loved the job that they did and I think they played their parts perfectly.

The kills were good, they fit the tone of the movie which is kind of hard to do in a movie like this. They had enough gore to keep the horror fans entertained. The kills during the musical performance in the third act were the best, there was a girl acting like a vocal coach and I couldn’t wait for her to do. In fact a lot of people in this movie that I didn’t like (character not the actor) all died in very satisfying ways.

I liked it, I really did. I must say that if they did a spiritual sequel to this movie I would be in favor of it. I liked the killer… I really don’t want to give out spoilers so I didn’t want to talk about him much. The makeup was good, the music was good, and the kills were good. The comedy was one more often than not and that is hard. We had two guys with very different views on what is funny and we both were laughing. The biggest thing for me that came out of this one though is that Allie MacDonald is a actress to watch. 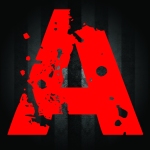